“Want true, heart-throbbing romance? Put down the Cheetos, and stop being a jackass.

The question is, can I do it?

I’ve been an epic dick to my friends, my uncle. Him.

Hunter seems to think so. Even roped me into saving his favorite gazebo from the bulldozers.

The confidence of this man amazes me. He’s no bullshit where I’m all bullshit. I throw up walls where he knocks them down.

He’s beautiful, too. Strong arms inked with hummingbirds, a wide teasing mouth, and blue eyes that read me like an open book.

He looks at me, and I look away.

These shivery feelings I have for Hunter? They can’t happen. I don’t deserve him.

Where did I put those Cheetos?” 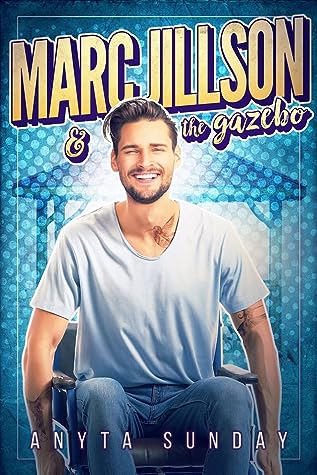 I have been thinking I was in a reading slump. Nothing was interesting, I was having a hard time even getting the effort to turn on my Kindle. Turns out I was just reading books that were bad or very clearly not for me. I started reading this book and read a quarter of it before I looked up again. I picked it back up when I went to bed and stayed up until two in the morning finishing it.

The story is sweet and wonderful. There weren’t all that many surprises. There was a lot to enjoy. There is even a mild love mystery plot. I didn’t care about the love mystery plot, but it was still wholesome and didn’t detract from the parts of the story I was there for. It takes a hell of a lot to get a mystery plot to be any bit interesting to me or at least not annoying. Somehow Sunday found that balance. The love mystery was full of character development and interactions that made it worth reading, even if I didn’t care about the outcome. That is impressive.

The romance was labeled as slow burn, but it read as just normal. Just because they didn’t immediately jump each other doesn’t make it slow burn. Dating and getting to know someone should not be labeled as slow burn. I am annoyed by that, but comparing it to other m/m romance they took forever to get together. So whatever. It wasn’t slow burn, but it was something I enjoyed. The characters actually knew things about each other, they interacted. They weren’t just physically attracted to each other. That is why I liked it, there was more than the desire to have sex parading as love. Though the ending also made the slow burn less satisfying since their relationship moved SO FAST once it started.

There were some weak plot points, like the apologizing one. If Marc was as terrible as he repeatedly says he is, why did everyone forgive him so easily. Why did Hunter even care about him in the first place? Though one of the apologizing plots in particular was weak, the one with his uncle. It wrapped up so quickly and nicely. It also just felt like it wasn’t fleshed out enough. It was also the one I cared the most for and I liked how it ended, so I am overlooking that weak spot for the wholesome ending. Don’t judge me. I am a sucker for older men falling in love and staying in love. This book had a lot of that.

The disability rep isn’t something I can really speak on. I was annoyed that there were questions about bathroom use and stuff just being out there. It really wasn’t any of Marc’s business to ask when he did ask, especially after Hunter explained that he is often asked invasive questions. I did enjoy that there was talk of how sex worked before they were engaging in sex. That was wonderful.

Speaking of sex, the lack of condom use for oral sex is annoying. One of the characters is portrayed as someone that hooks up often. The lack of condoms is concerning. If he is not using condoms for oral sex then he is at a high risk of STIs. There was no talk of risk, there was just a random blowjob in a car. The actual sex scenes were interesting, but nothing all that exciting. One of them was sensual and I was surprised. So overall, eh on the sex scenes, but sadly that is a great response from me.

Overall, the story is cute. I liked the writing. I liked the characters. I like so much more than I didn’t. If I didn’t think hard about it, I would be hard to find issues to complain about (outside of my usual issues of sex scenes). I didn’t stay up until two in the morning for nothing. So even with my complaints, which are probably overblown from lack of sleep, this was a good story. I will be looking for more from this author.

4 out of 5 stars. I would recommend this book.