“Everyone has a secret… Only some lead to murder.

Leo Stanhope. Assistant to a London coroner; in love with Maria; and hiding a very big secret.

For Leo was born Charlotte, but knowing he was meant to be a man – despite the evidence of his body – he fled his family home at just fifteen, and has been living as Leo ever since: his original identity known only to a few trusted people.

But then Maria is found dead and Leo is accused of her murder. Desperate to find her killer and under suspicion from all those around him, he stands to lose not just the woman he loves, but his freedom and, ultimately, his life.

A wonderfully atmospheric debut, rich in character and setting, in The House on Half Moon Street Alex Reeve has created a world that crime readers will want to return to again and again.” 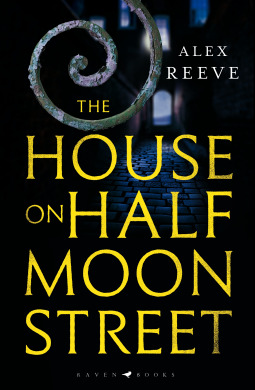 A wonderful reader of this blog emailed in and said they were looking to read this book. I took it as a “Isaiah, read this book too”. So I managed to get my hands on a copy of it.

I am skeptical of any cis author who has a trans lead character. I have been burned over and over again when it comes to this. Reeve actually said that he sought out trans people to help him tell a real story and went so far to sound like he would do a great job:

So I started to think that this book wouldn’t be a dumpster fire.

Reeves does not seem to understand that he literally made a trans character whose number one trait was being trans. He didn’t happen to be trans. He WAS trans. Leo IS trans. That is his whole thing. He is constantly talking about being trans. He is constantly thinking about his packer, sorry, “fake cock”. He constantly talks about his binder which is just bandages that cut him to pieces. Leo has been binding for a decade, you would think that he would have figured out a way to bind that caused less bleeding or he would have managed to build up calluses so he didn’t bleed. There was even a scene that explains how he liked having sex, spoiler it is a leather strap-on, which had no real relevancy on the plot at all. He really has no personality outside of being trans.

The characters that find out about him (since he really isn’t all that careful despite death being the result of being outed) tend to misgender him and constantly threaten to out him. Leo continues to hang out with these people. There is even a hint at a romance plot with one of the characters that calls him a woman. There is just constant “Leo is not a real man” commentary both from Leo and from everyone around him. Don’t worry, it get worse. Leo outs himself at one point  to save someone else. He outs himself by saying he is really a woman and that the man should rape him instead. Then Leo is convinced he is pregnant and gets a douche that is supposed to act as an abortion.

Don’t worry, it can get worse. There is constant judgment on the sex worker characters. They are then deemed to be the only people who could ever love Leo, since remember Leo is not a real man. And even then, most of the sex workers wouldn’t pay attention to him. Since the book places sex workers at the very bottom of society, it is yet another way to show that being trans makes you scum since even the very worst people couldn’t love Leo.

It gets even worse. You should just assume at this point. Leo has to cross dress at one point. So he has to buy a wig and appear female in public. There are so many instances where Leo’s birth name comes up, it is literally in the description of the book, which really should have been my first hint that this would be a dumpster fire. There is just so much that makes me upset that this book exists and has so many great reviews as being a great representation of trans people. I am a trans man and this book is one of the worst I  have read when it comes to trans representation. It was just a terrible cliche written by a cis person who has no idea what being trans is like so tells this story that it is all a disguise and a constant torture to be trans.

Wait, there is more! Leo explains at one point how he thinks that someone is into women based on how she reacted to his genitalia. Not that she was put off by him being a man, but that she liked to touch him. Ick, also I have literally only heard this nonsense from cis people who claim to have found their bisexuality after being with me because they don’t see me as male. Leo also refers to himself as being a virgin since he hadn’t been penetrated. What nonsense is this? He has had sex repeatedly, he had sex during the course of the book, but is a virgin? Nope. Done.

2 thoughts on “The House on Half Moon Street”